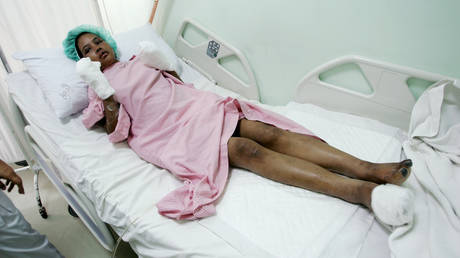 A few years ago, Apple warned that it would remove Facebook and Instagram from its app store if something wasn’t done about the use of those platforms to trade and sell maids in the Middle East, according to leaked documents.

The falling out between the US tech giants reportedly occurred in 2019, but the issue was resolved after Facebook promised to crack down on pages that offered services of maids from Asia and Africa, AP reported.

Apple apparently withdrew its threat after Facebook shut down more than 1,000 dedicated accounts on its websites during one week, which allowed Facebook and Instagram apps to remain available on iOS.

However, the problem hasn’t been fully eradicated two years later, as a quick search on Facebook in both Arabic and English still brings up accounts and groups with photos and details of women seeking household jobs in rich countries like Saudi Arabia, UAE and Qatar.

In its internal documents, obtained by AP, Facebook had acknowledged that it was “under-enforcing on confirmed abusive activity” as maids from the Philippines and other countries complained on the platform about being mistreated.

According to the papers, the company was well-aware of “especially egregious” human rights issues stemming from poor legal protections of foreign workers in the Gulf and elsewhere in the Mideast.


“In our investigation, domestic workers frequently complained to their recruitment agencies of being locked in their homes, starved, forced to extend their contracts indefinitely, unpaid, and repeatedly sold to other employers without their consent,” one of Facebook’s documents read. However, the agencies responded to the reports by telling the maids to be “more agreeable,” it added.

“We also found recruitment agencies dismissing more serious crimes, such as physical or sexual assault, rather than helping domestic workers,” the papers pointed out.

Two years ago, Facebook agreed to the demands to deal with maid-selling pages so swiftly because “removing our applications from Apple platforms would have had potentially severe consequences to the business, including depriving millions of users of access,” the company’s analysis pointed out.

In a fresh statement to the AP, the company said that its rules “prohibit human exploitation in no uncertain terms.” Facebook insisted that it was “combating human trafficking on our platform for many years and our goal remains to prevent anyone who seeks to exploit others from having a home on our platform.”

The new revelations were based on internal documents leaked by Facebook’s former production manager, Frances Haugen, which have been obtained by a group of media outlets, including AP.

Those papers have already provided for a series of damning reports, which accused the company of not understanding how its own algorithms work, failing to combat hate speech and continuing with some practices despite knowing that they were harmful to its users, among other things.


In her testimony before the US Congress earlier in October, Haugen accused Facebook of prioritizing “profit over safety” and repeatedly misleading both its investors and the general public.