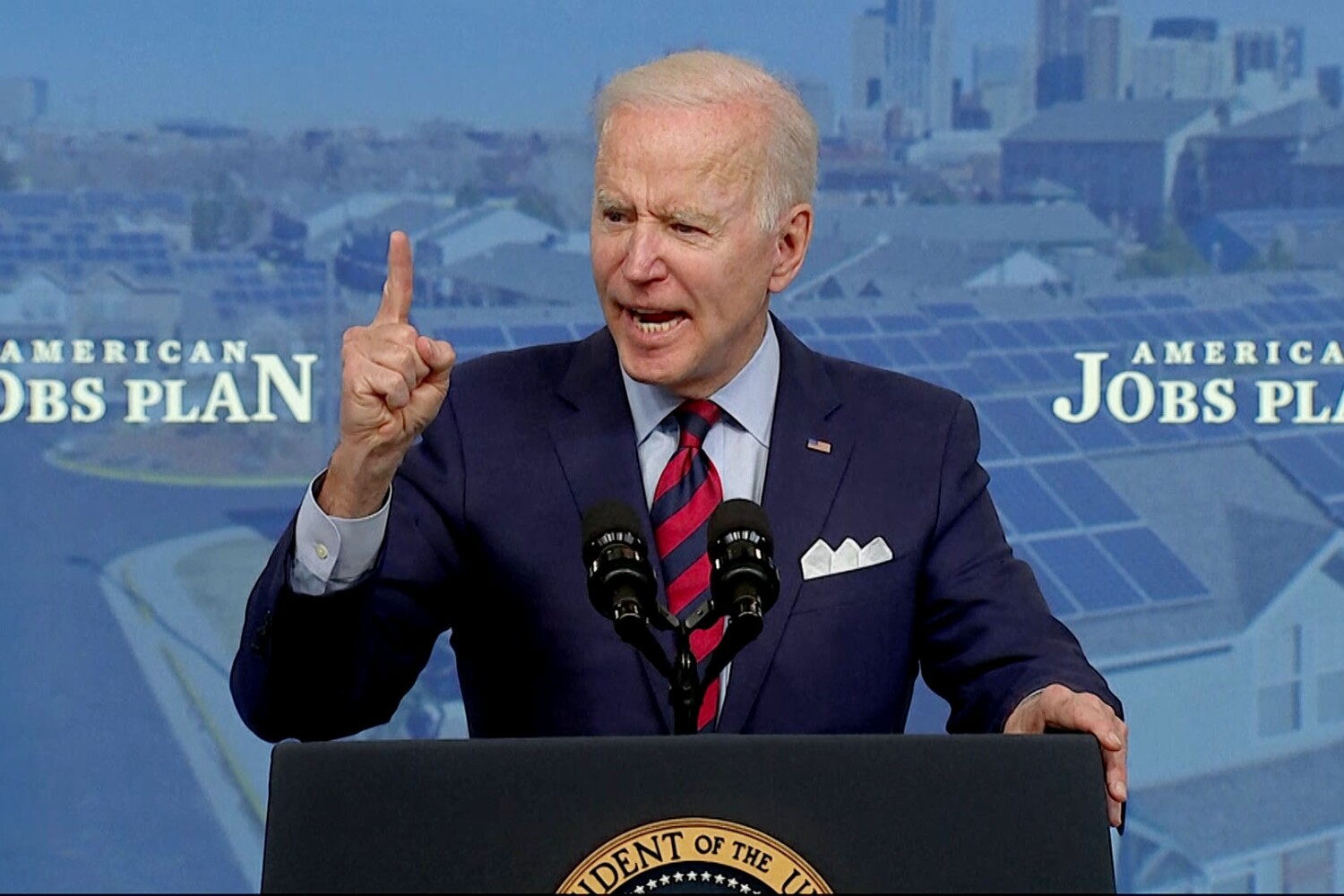 President Biden, anticipating intense negotiations with Congress over his infrastructure and jobs plan, said Wednesday that he was willing to compromise but would not slow his push for one of the most bold and expensive proposals in recent years.

He continued to press his case for the domestic initiative in global terms, saying that autocratic leaders around the world, particularly in China, were counting on the United States being too sluggish or divided to make the necessary investments in roads, bridges, electric grids and more.

“We can’t afford to prove them right,” Biden said from the White House complex. “We have to show the world — and much more importantly, we have to show ourselves — that democracy works, that we can come together on the big things.”

Biden wants to spend more than $2 trillion over eight years, which would be financed by higher corporate tax rates. However, Republicans and some Democrats have objected, and he said, “I’m willing to negotiate that.”

It’s likely that number will shift, and not just because of Republican opposition. Sen. Joe Manchin (D-W.V.), a key swing vote, said this week that Biden’s proposed 28% income-tax rate on corporations was too high, and he’d rather set it at 25%. The rate was 35% until former President Trump signed legislation slashing it to 21% in late 2017.

“As the bill exists today, it needs to be changed,” Manchin told a West Virginia radio host.

Senate Majority Leader Charles E. Schumer (D-N.Y.) said Monday that Democrats could sidestep a potential Republican filibuster by pushing the legislation through the reconciliation process, which can be used for budget-related issues as it was earlier this year when Congress approved Biden’s $1.9-trillion pandemic-relief package. Even so, they could not afford to lose a single vote in their 50-member caucus.

Biden defended his proposal against Republican criticism that he was including too many provisions unrelated to infrastructure, with less than 6% of the total spending going to roads and bridges.

“The idea of infrastructure has always evolved to meet the aspirations of the American people and their needs,” he said. “And it’s evolving again today.”

The proposal includes money to make broadband internet access universal, replace lead pipes and build a network of charging stations for electric cars. There’s also funding for research and development and to expand caregiving programs for the elderly and disabled.

The plan could potentially create millions of jobs in manufacturing, construction and related services.

Congress returns from its recess next week, and Biden wants a final deal passed this summer — an extremely ambitious timetable given the package’s scope and the political pitfalls.

Op-Ed: We don’t need a new Cold War with China

Column: Leaving Afghanistan won’t end war or our stake in it