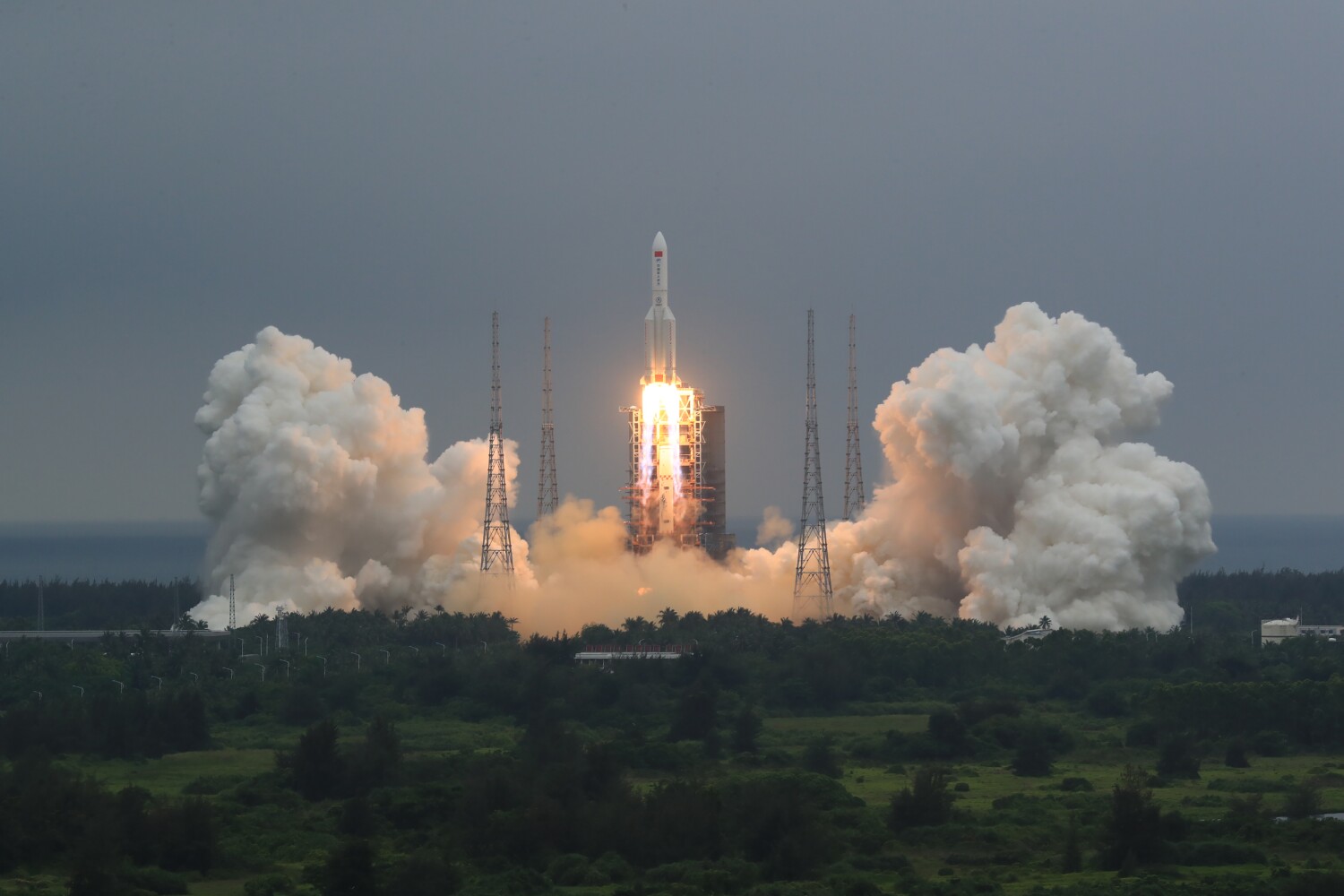 China’s space agency says a core segment of its Long March 5B rocket reentered Earth’s atmosphere above the Maldives in the Indian Ocean and most of it had burned up early Sunday.

Harvard astrophysicist Jonathan McDowell, who tracked the tumbling rocket part, said on Twitter, “An ocean reentry was always statistically the most likely. It appears China won its gamble… But it was still reckless.”

Despite that, NASA Administrator Bill Nelson issued a statement saying: “It is clear that China is failing to meet responsible standards regarding their space debris.”

In most cases, space agencies and companies try to ensure their first-stage rocket boosters do not reach orbit after releasing their payload or separating from the second-stage. Instead, those rockets shut off their engines and make a controlled fall back to Earth.

This was not the case with the Long March 5B rocket, which launched April 29 carrying part of the space station that China is building. Not only was the rocket’s downward path uncontrolled, but the rocket was much larger than most objects that come back into the Earth’s atmosphere, said Jonathan McDowell, an astronomer at the Harvard-Smithsonian Center for Astrophysics.

It’s unclear why the Chinese space agency did not give the rocket a controlled fall.

Although the rocket’s reentry was preceded by days of public curiosity and consternation, the fact that it returned to Earth at all wasn’t so unusual. About half a dozen objects reenter the atmosphere from space every day, said Moriba Jah, associate professor in the aerospace engineering and engineering mechanics department at the University of Texas at Austin.

But the descent of debris “is the cost of doing business in space,” he said Friday. “You’re going to see more and more of these rocket bodies that are reentering, surviving reentry with a nonzero chance of it hitting land and a populated area. That’s just going to get worse with time.”

A piece of a SpaceX Falcon 9 rocket recently landed on a farm in Washington state. The composite overwrapped pressure vessel from the rocket’s second stage didn’t hit anyone or anything except a patch of grass.

Most of the things that come back to Earth — pieces of dead satellites, rockets and other space junk — burn up in the atmosphere. Anything that stays intact typically falls into a body of water, since water covers more than two-thirds of the planet’s surface. Skylab, the United States’ first space station, broke up in the Earth’s atmosphere in 1979 after being decommissioned, and most of its surviving pieces landed in the Indian Ocean. Some pieces did, however, fall over a rural area in Australia.

After launch, most first-stage rocket boosters fall in the ocean or, in SpaceX’s case, return to Earth and land. Second-stage boosters release their payloads and then either deorbit to lower altitudes and eventually burn up in the atmosphere or end up floating in space.

Jah said he would like all rockets to be equipped with propulsive systems that force the rocket body into a steep angle after it delivers its payload. A steep angle would maximize the chances of burning up in the atmosphere.

Column: Why the GOP is slow to condemn political violence

Juneteenth is in its 156th year as many begin celebrating it