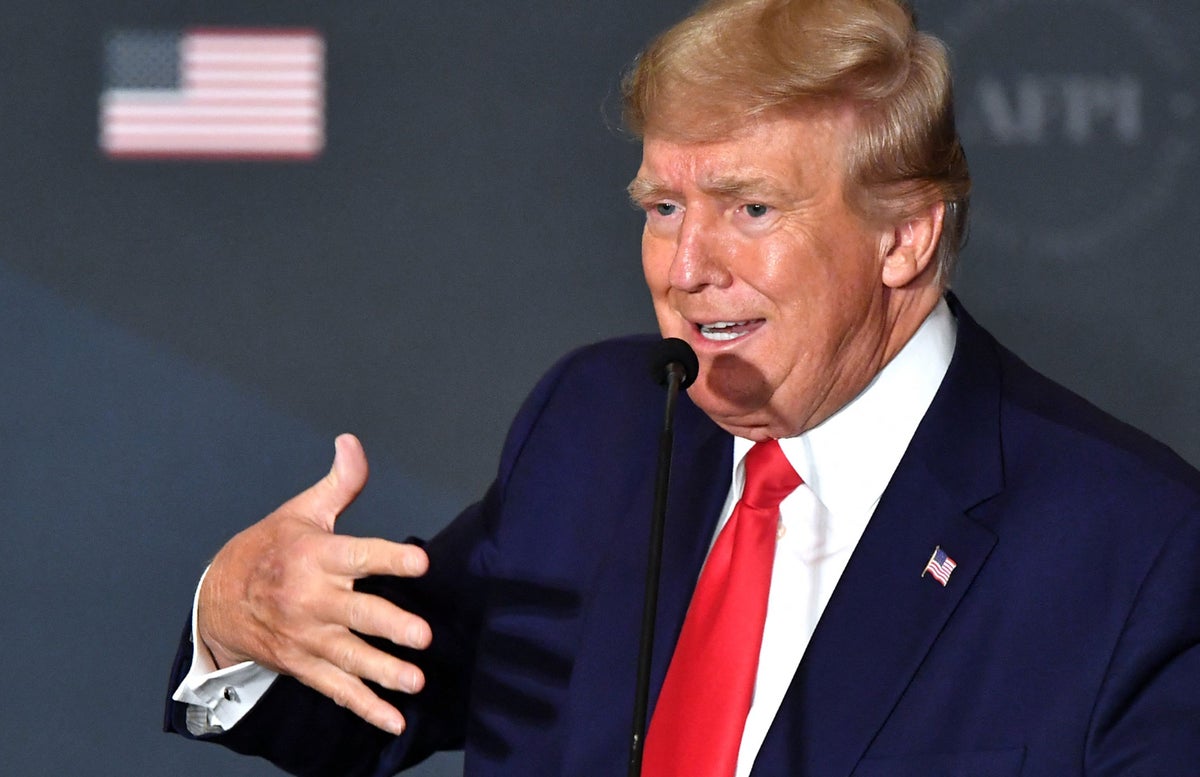 Over a week after Donald Trump threatened to sue CNN, the former US president is asking supporters on his email list to contribute money to help him fight his lawsuit against the outlet.

Mr Trump said late last month that he would sue CNN and “other media outlets” for dismissing his voter fraud claims.

In a 282-page letter which the former US president’s attorney sent to CNN chief Chris Licht last month, the lawyer argued that the cable network defamed Mr Trump, calling him a liar for his unproven voter fraud allegations and “consistently fed a narrative that denounced President Trump’s legitimacy and competency”.

The letter includes collections of articles and on-air reports that Mr Trump alleges are false and defamatory.

“CNN’s reporting, both before the election as well as after the election, consistently fed a narrative that denounced President Trump’s legitimacy and competency,” the letter noted.

“I have notified CNN of my intent to file a lawsuit over their repeated defamatory statements against me,” Mr Trump said in a statement from his Save America political action committee.

He said he would also be “commencing actions against other media outlets who have defamed me and defrauded the public regarding the overwhelming evidence of fraud throughout the 2020 Election”.

Now, in a new fundraising email sent out by the former president, he has reportedly called on his “best and most dedicated supporters” to add their names to “stand with me in my impending LAWSUIT against Fake News CNN”.

“Add your name IMMEDIATELY to show your support for my upcoming lawsuit against Fake News CNN,” the email titled “Let’s SUE CNN” noted, linking to a donations page, according to The Daily Beast.

“I’m going to look over the names of the first 45 Patriots who added their names to publicly stand with their President AGAINST CNN,” a second email, sent out hours later to supporters on his email list, reportedly said.

The Independent has reached out to CNN for comment.