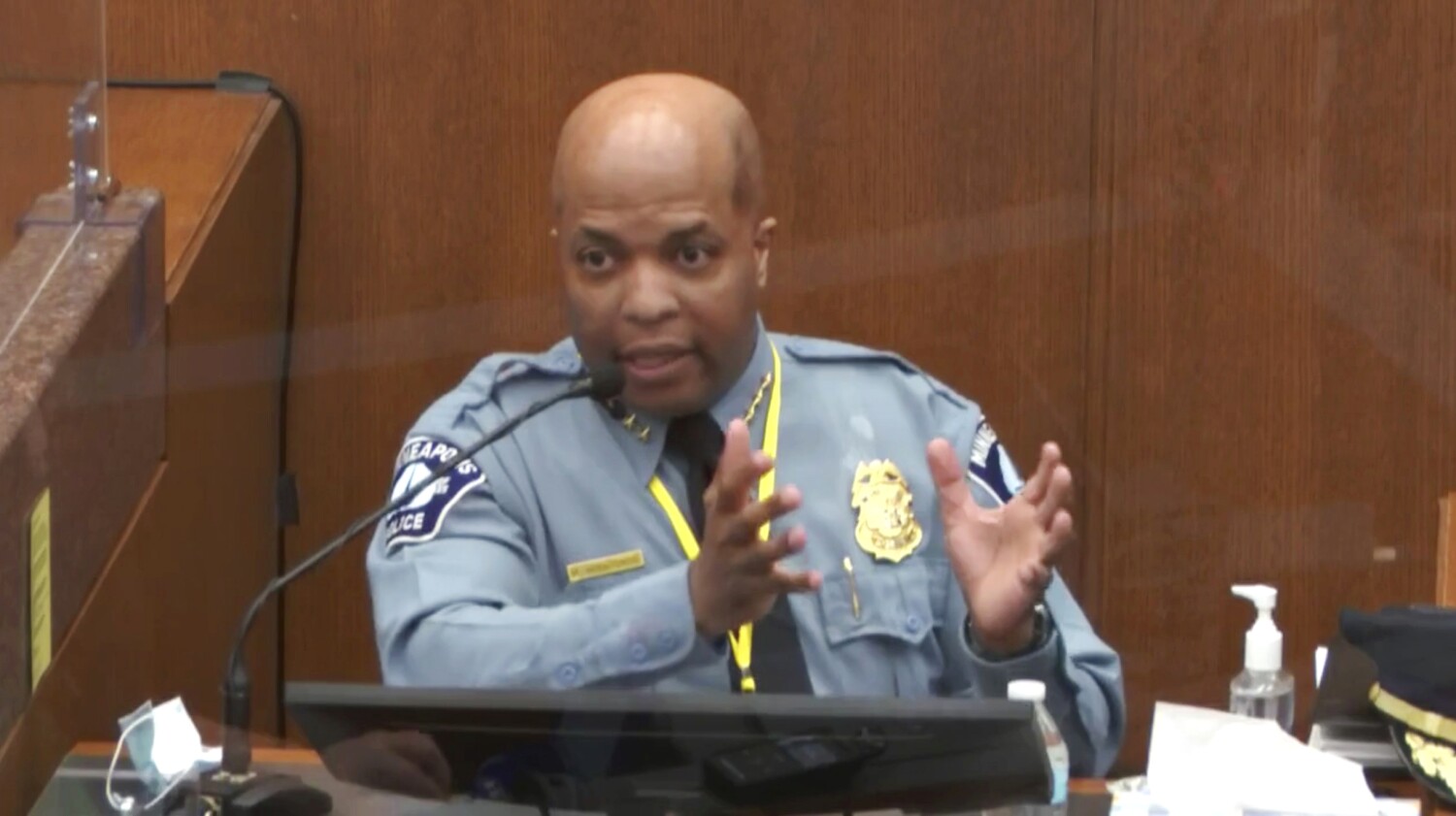 The general consensus that the prosecution in the Derek Chauvin trial has had a very successful first week and a half is being countered by cautionary reminders of how difficult it is to convict a police officer of excessive force.

It is in fact notoriously difficult to win such cases, but the prosecutors in the Chauvin trial have broken out of the paradigm that so often results in not-guilty verdicts or hung juries where police are concerned. They stand a good chance of winning a conviction.

Washington Post criminal justice reporter Mark Berman laid out the challenge on Sunday, explaining that “when police kill people, they are rarely prosecuted and hard to convict.” He cites data collected between 2005 and 2015 showing that defendants other than police were convicted of murder in about 70% of cases that went to trial; for police, the rate is around 50%.

Officers, Berman writes, often successfully argue that they “have to make split-second decisions in tense, potentially dangerous moments.” If juries understand the situation as a white-hot few seconds in a face-off with an unpredictable, menacing suspect, they tend to conclude the officers deserve leeway.

That was largely what happened at the initial state trial in the Rodney King case, despite the savage videotaped thrashing King endured at the hands of the Los Angeles Police Department. (Full disclosure: I worked on the federal retrial of the four officers, which resulted in convictions.)

First, the prosecution has effectively painted May 25, 2020, as a nondescript, relatively peaceful day in south Minneapolis until Chauvin and his fellow officers burst onto the scene as an invading force. The jury saw video of George Floyd entering Cup Foods, intoxicated but not a savage. A dozen or so neighborhood witnesses and convenience-store employees testified to their helplessness as he died. They formed a sort of Team George; many referred to Floyd by his first name on the witness stand.

All of this turns the tables on the standard excessive-force case. The jury’s attention has been focused on regular-people witnesses at a familiar street-corner scene, not an isolated encounter between cop and suspect full of possible danger. The prosecutors’ presentation has the benefit of driving home the excruciating quality of the most damning evidence in the case, the video — played and replayed — of Chauvin kneeling on Floyd for 9 minutes and 29 seconds.

As prosecutor Jerry Blackwell told the jury in his opening statement, “You can believe your eyes that it’s homicide.”

Again compare this with the first King trial and what its famous videotape shows. The Simi Valley jury saw only the truncated action of officers encountering King alone — seemingly feral and erratic — in a dark, urban sort of DMZ.

The facts themselves in the Floyd case have dealt the Chauvin prosecutors an easier hand than in most excessive-force prosecutions. Chauvin’s conduct is impossible to explain away as an adrenaline-charged split-second reaction to personal danger. Yes, Floyd acted erratically as he was taken into custody, refusing to go into the squad car. The officers were justified in some use of force, but by the time Chauvin applied his knee to Floyd, as the jury and the world have seen, the officer was in no immediate danger.

In fact, the most distinctive evidentiary element in the case may be Chauvin’s lackadaisical, almost vacant air as he keeps his knee on a handcuffed, prone and non-responsive Floyd.

The video evidence has paved the way for another highly unusual advantage for the prosecution, one that I’ve never seen in another excessive-force case. No less than the chief of the Minneapolis Police Department, along with its longest-serving member, unequivocally testified that Chauvin went rogue, that the force he used was excessive. In place of a familiar blue wall of silence, the jurors have witnessed a blue wall of censure.

All these departures from the paradigm make the prosecution’s task less of an uphill battle than usual, but another distinctive feature in the Chauvin trial complicates their task.

Chauvin is facing three different charges: second-degree murder, third-degree murder and second-degree manslaughter. His guilt or innocence could turn on arcane if not gossamer-thin distinctions among the charges, chiefly about intent. (In the federal system, by comparison, excessive-force cases typically turn on a straightforward standard: whether the officer willfully applied constitutionally excessive force.)

The hodgepodge of charges gives rise to the possibility of a compromise verdict. The jury may well decide to convict Chauvin of murder rather than manslaughter but choose the third-degree charge and acquit (or hang) on the more serious second-degree charge. In particular, conflicting medical testimony that begins Thursday could create enough doubt to move them in that direction.

So the prosecution may be on a glide path to victory, but of what sort? Will any murder conviction seem good enough given the inherent difficulties of prosecuting excessive-force cases, or will something less than second-degree murder be understood as a loss that will re-inflame the community and the nation? That question could determine whether the Chauvin prosecution, even with a guilty verdict, goes down in history as a triumph or a failure of justice.

What time is Prince Philip’s funeral? How to watch on TV